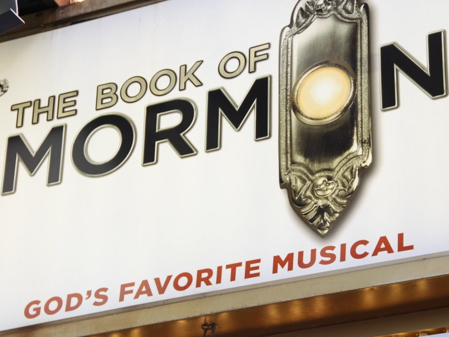 If you only see one Broadway show on your trip to New York, make it this one. The Book of Mormon is the wildly successful and just as irreverent creation of Trey Parker and Matt Stone, of South Park fame, and Robert Lopez. The story centers on two young Mormon missionaires proselytizing in a Ugandan village whose inhabitants have slightly bigger fish to fry, like famine, poverty, AIDS, and a bloodthirsty warlord.

If you think a story that tackles religion, racism and homosexuality can't be set to music, think again. With 9 Tony Awards and a Grammy to its credit, this is one show that's a must-see for any Broadway enthusiast (Eugene O'Neill Theater. 230 W 49th St.)